Chiang Mai is partly famous for its 300+ temples that are scattered around the city. Viewed as an important destination for culture and religion, visitors to Chiang Mai may find it hard to ignore the historic temples, antiquated city walls and abundance of Buddhist monks that stroll throughout the streets. While viewing 300 temples is a bit of an ambitious goal, visitors to Chiang Mai should definitely have a few important ones on their list. With construction beginning in the 14th century, Wat Chedi Luang should certainly make it near the top. 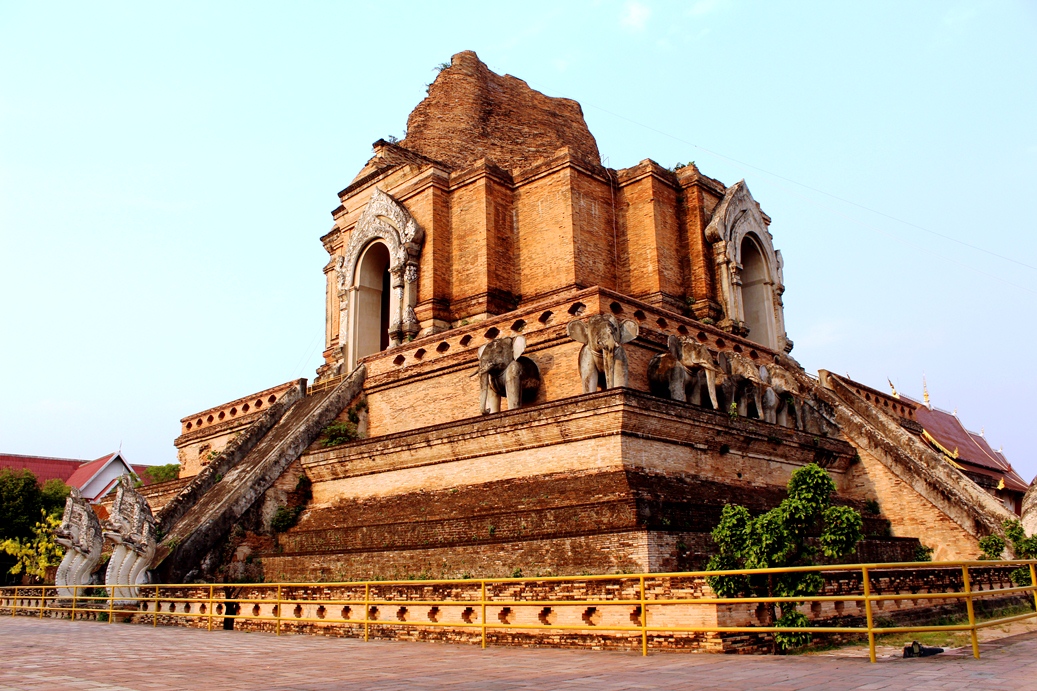 This Lanna style temple was one of the tallest structures during the ancient years of Chiang Mai. The infamous emerald Buddha that now resides in Bangkok once was situated here but has since been replaced by a replica made of jade that was given as a present from the King of Thailand back in 1995.

It is rumored that the temple was damaged by an earthquake during the 16th century or by cannons in the 1700s during a recapture of the city by the Burmese. Because of the temple’s importance both locally and internationally, UNESCO alongside the Japanese Government worked to make restorations.

What to See There

Besides the architecture itself, Wat Chedi Luang has a couple of highlights that visitors should make sure to see.

How to Get There

This temple can be found on Prapokklao road which extends from north to south along the center of the old city between Chiang Mai Gate and Changpuak Gate. If you are at the intersection of Ratchadamnoen road going east to west, the temple is only a short walk south of there.

Loading...
Upps!
You're running a web browser we don't fully support. Please upgrade it for a better experience.
Our site works best with Google Chrome.
How to upgrade the browser